I’ve spend two days working on the @cocoon application. I got a lot of help from Rob, Eric and also from Wim. Despite all our hard work we didn’t manage to get the integrated piece to work. 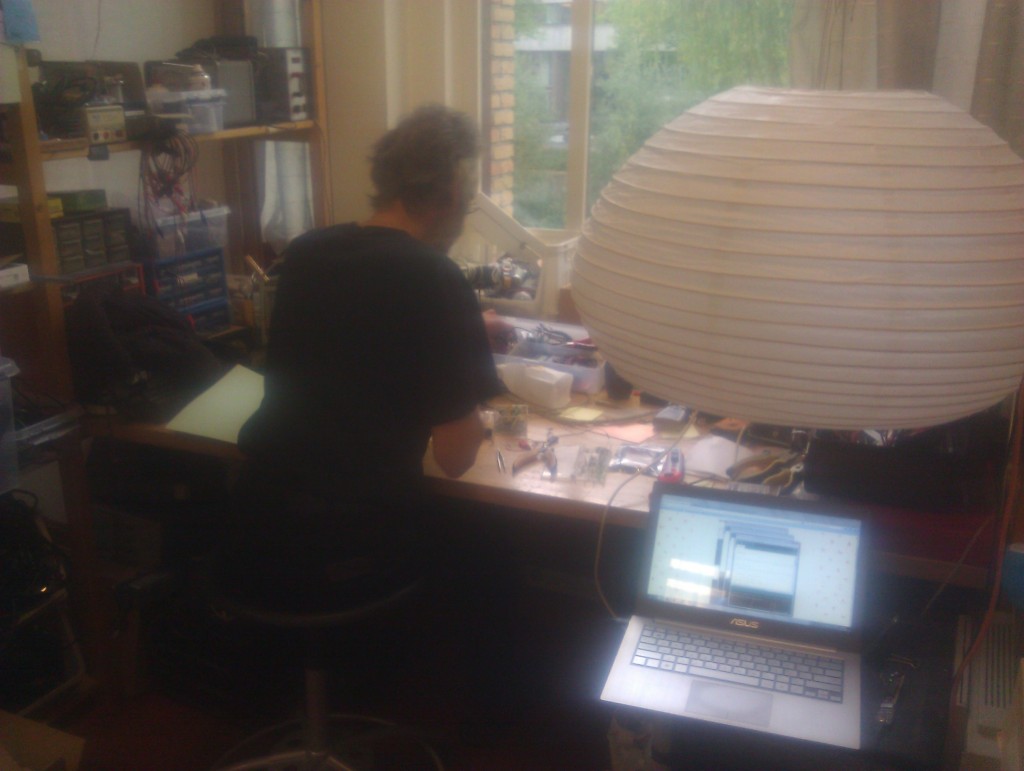 It’s interesting how I had to scale down the functionality as development progressed. From the interactive prototype that measured noise level and heart-rate and adjusted its’ behaviour accordingly, I’ve now landed at a green pulsating cocoon that plays nature sounds. No measuring, no interactivity. And I still have to upload the final code for it to work… The isolation mission starts in an hour and I hope I have time to finish the piece so we can at least experience something.

The main hurdle was the unpredictability of the hardware. Especially the noise sensor is crap or perhaps it’s broken but it behaved completely unpredictable from the start. Outputting a lot of zero’s and just plain noise with very little relation to the actual sound level. Only peak noises stand out but not when there’re several in succession… Rob says it is oscillating heavily and that it would take two weeks to sort it out and really have a reliable sensor.

I bought a new version of the pulse sensor, the amped version. On it’s own it worked quite well after some initial calibration. But it had to be integrated with the pulsating green light. Rob wrote a special buffer library so I could use the internal clock that was already in place for the heart-beat sensing. We got that to work together. But if we added the sound sensing the whole code became unstable. 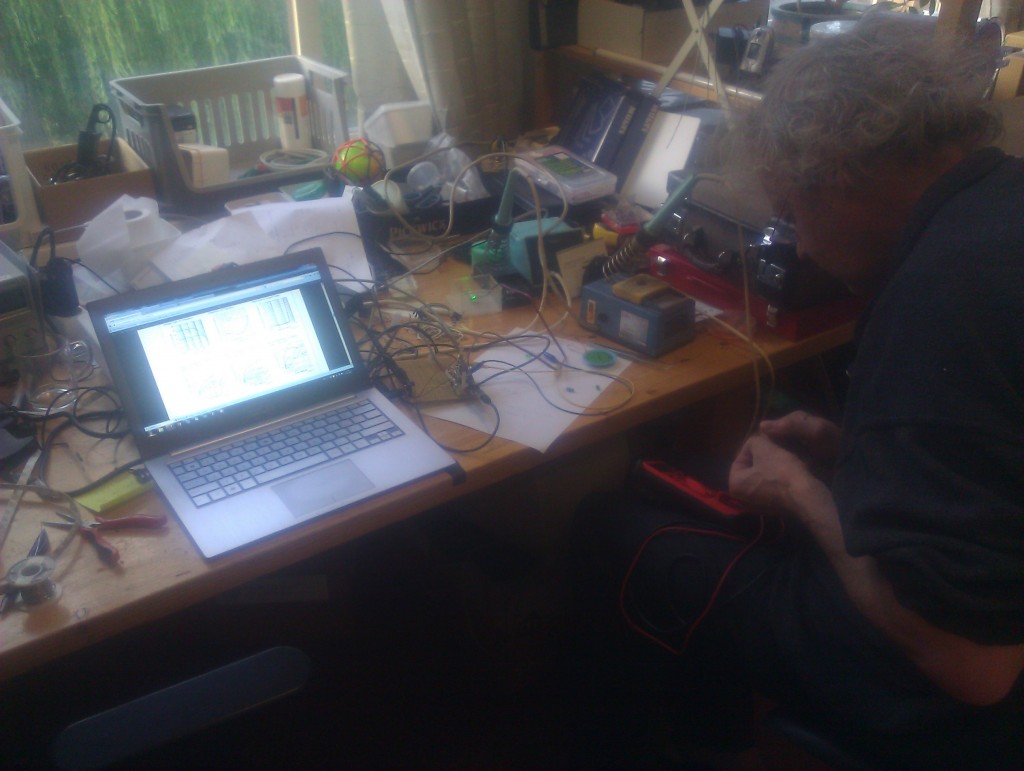 After that we tried the solution using a switch to activate the two parts of the system: relaxation and blue light (just because it was so nice). During that process we discovered a problem with the relay used to switch on the stereo sound playing on a separate MP3 player. We had a major meltdown on Monday during which the IC was destroyed. Last night at eleven we discovered that also the relay was dead. It will only switch on.
Probably because it was so late we didn’t even get the fading to run, but I think I solved that on the train going home. So in isolation I’ll try to get the most basic mode running. Which is probably where we should have started…

Trying to build this system in a couple of days has been a very educative experience for me. I’ve learned a lot for Rob and Eric who are real pro’s. According to Rob testing time is three times the time spend on development… I’m beginning to see he’s right.

A couple of hours later I was able to get the cocoon working. Now I just have to put in up in the Seeker.